We probably have some time before the uptrend continues.

Bitcoin has done very little over the last couple of sessions, which is not necessarily a bad thing. After all, the last thing you want to see in this market is for it to go parabolic again, so taking its time and chopping back and forth certainly could be the best route forward. The $40,000 level above is a significant barrier, and you want to see this market work its way towards that move to break out, not simply slice through it. Although parabolic moves are common in the Bitcoin market, the reality is they are very unhealthy.

One thing to pay attention to is the fact that on Friday, the US dollar had a very tough day, while Bitcoin did nothing. That is a bit surprising, but it does not always have to be a direct correlation. Nonetheless, I think a pullback is healthy and I believe that the $35,000 level will probably attract a certain amount of attention by the bullish traders out there. If we can break down below there, then it is very likely that we will find even more support closer to the $30,000 level which has already proven itself more than once, and now features the 50-day EMA.

The US dollar has been making a bit of a comeback as of late, and ironically, Bitcoin has been decoupling from that typical inverse correlation. That does not necessarily mean anything from a longer-term standpoint, but in the short term, it shows that Bitcoin is in its own universe again. I do believe that we probably need to kill more time after that massive run up, because gaining 40% during the month of December alone is a bit much to continue.

If we did break down below the $30,000 level, then I would be looking for buying opportunities every $5000 underneath there. We have not retested the $20,000 level, something that would typically happen after a big move like that. If that is going to be the case, then we probably have some time before the uptrend continues. This is not to say that we have to go back down there, but from a pure technical analysis standpoint, it is certainly helpful to sustain the longer-term move. Regardless, I do not think selling is something that you can do right now. 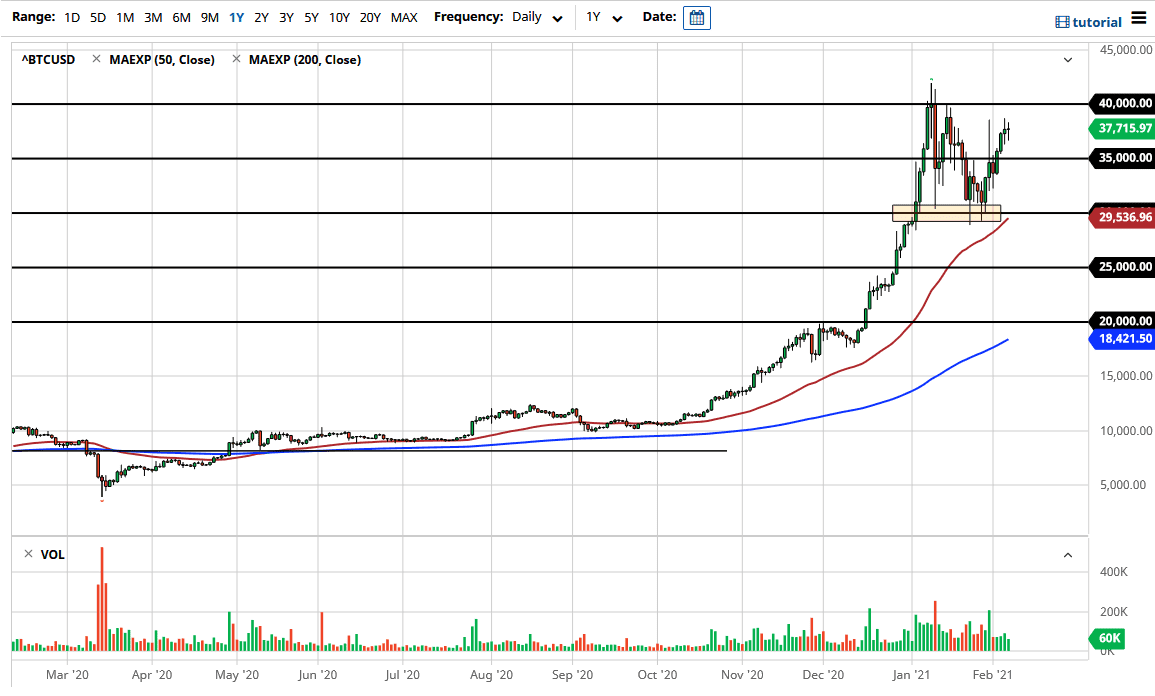